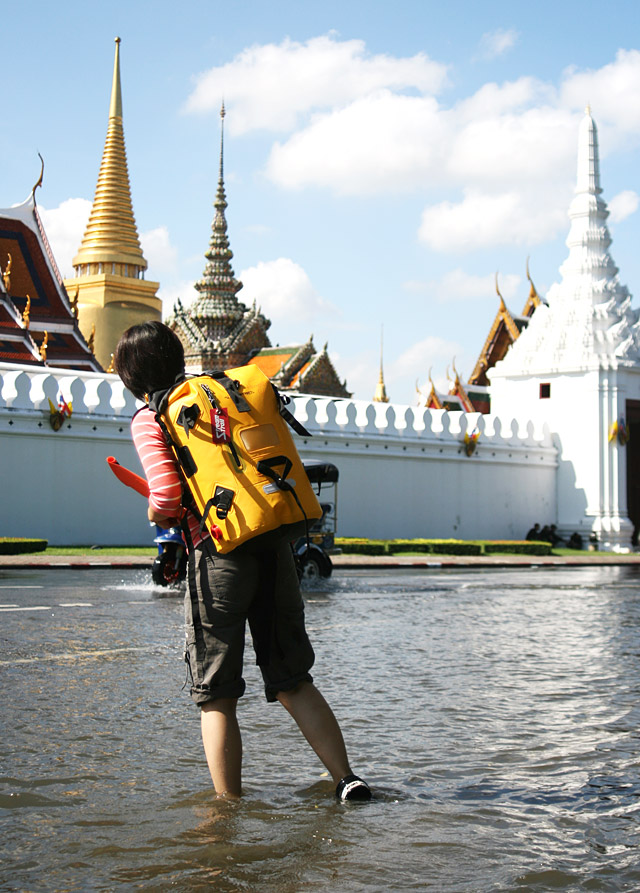 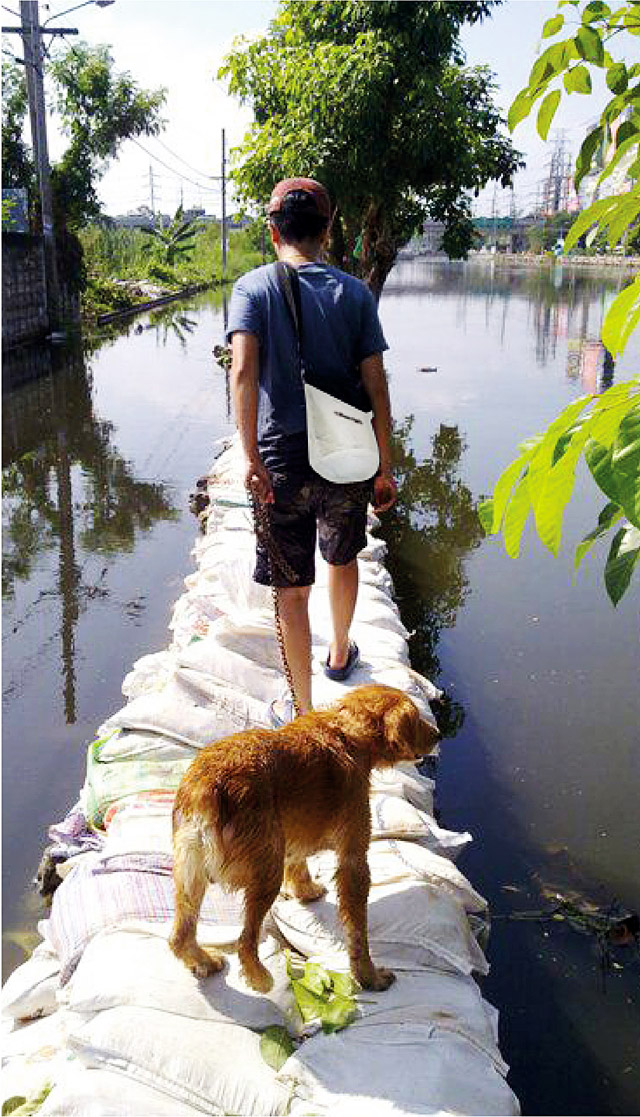 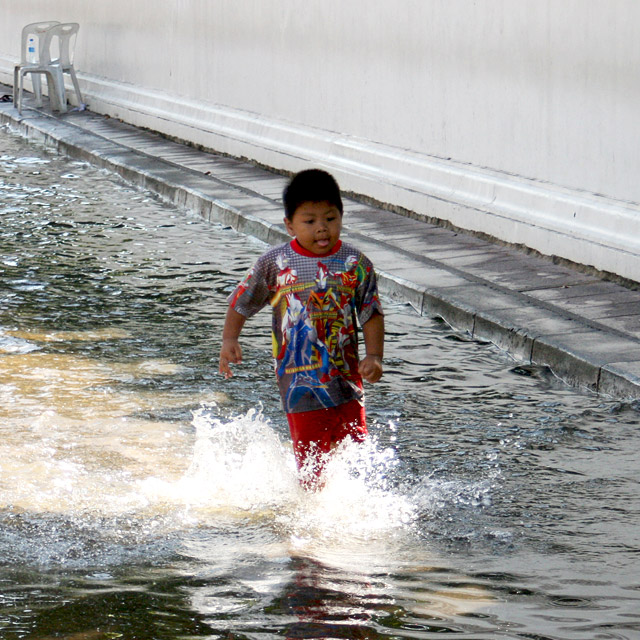 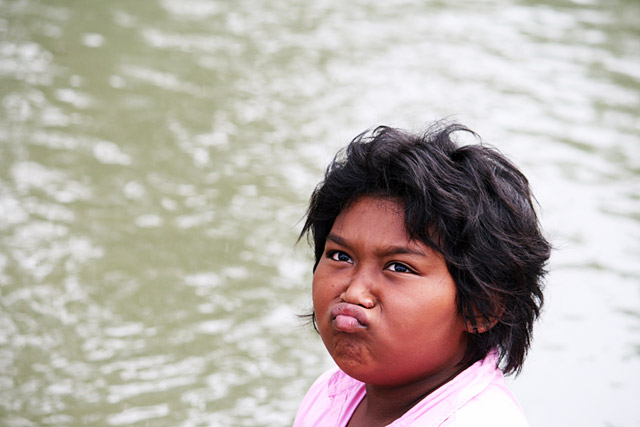 Stream Trail had supported to carry out important documents and belongings from affected areas with its waterproof bags. We witnessed that the people keep positive spirit under this difficult time to be worthy of its reputation of the Land of Smiles.

Thailand faced its worst flooding in 50 years. Flood waters have swamped more than two-thirds of the country, including its capital,
Bangkok, and shutting down hundreds of factories while over 12.8 million people were affected and more than six hundreds of lives
have been lost. The World Bank estimated damages reached 1,440 billion baht (45 billion USD) as of December, 2011.

The cause of the flood was noticeable rainfalls in monsoon season in 2011, which recorded 1.6 times more than that in the previous year.
Ayutthaya was one of the most affected provinces and its Historical Park was flooded as well. Crocodiles freed with the flood waters from firm scared people and freed fish entertained people in Bangkok,

01 A dog evacuated from his home with his owner. “I am good at walking on sandbag trails.” He said or not?

02 Children are always happy to play in the water. How come can his mother prohibit him doing so when seeing this smile even though she knowd risk of disease?

03 “When can I go back home? I miss my dolls.” A girl in an evacuation center near Bangkok complained.