“Make a Splash!” in Songkran Festival 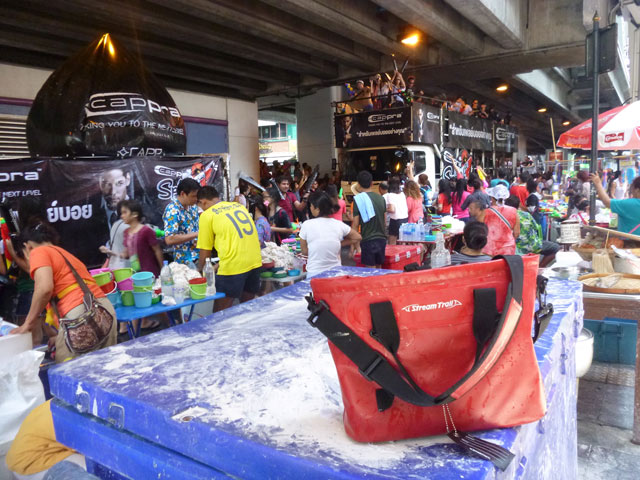 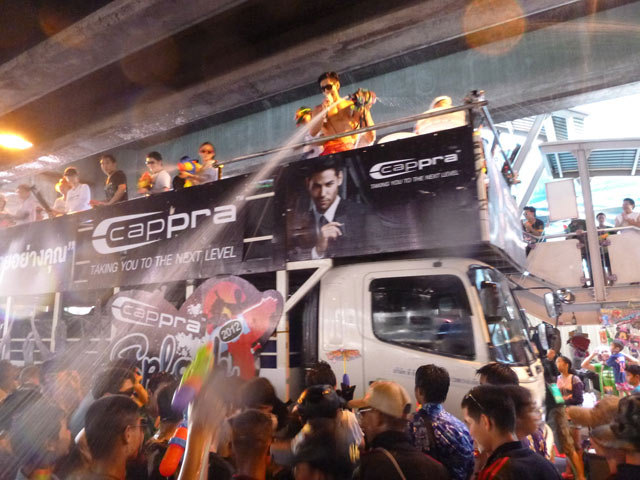 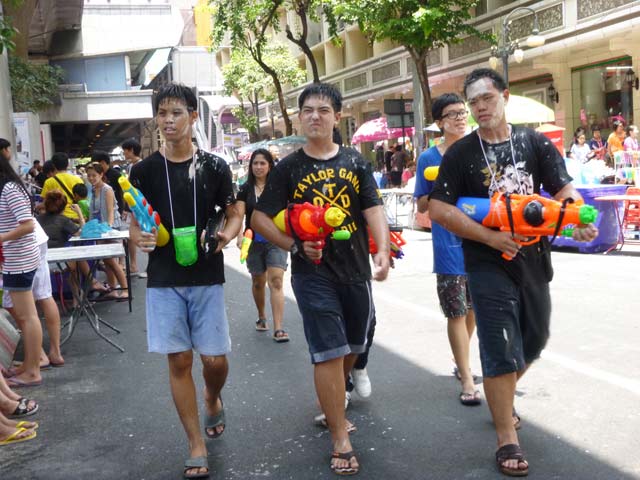 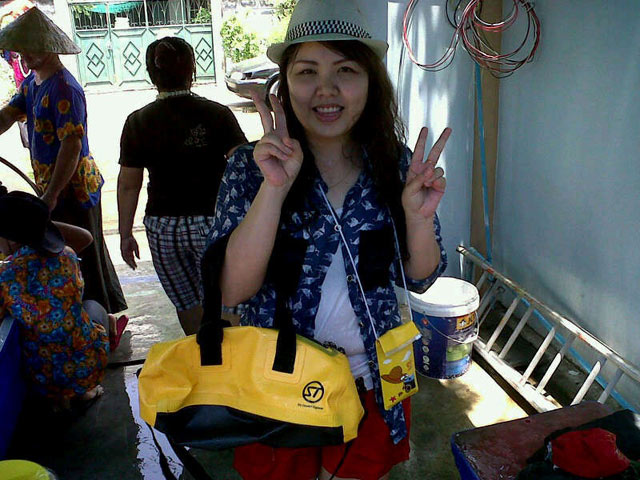 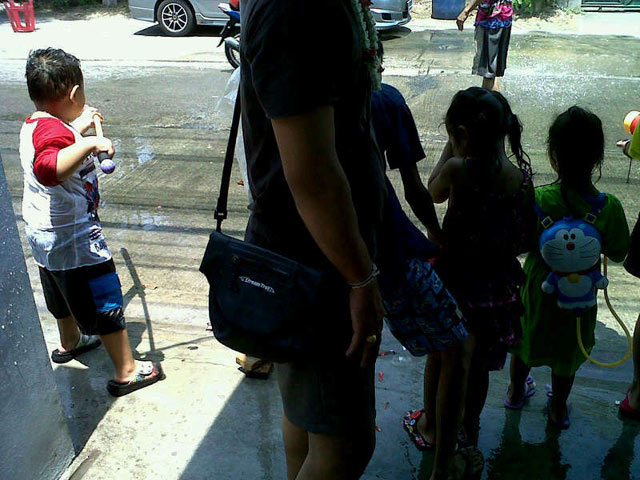 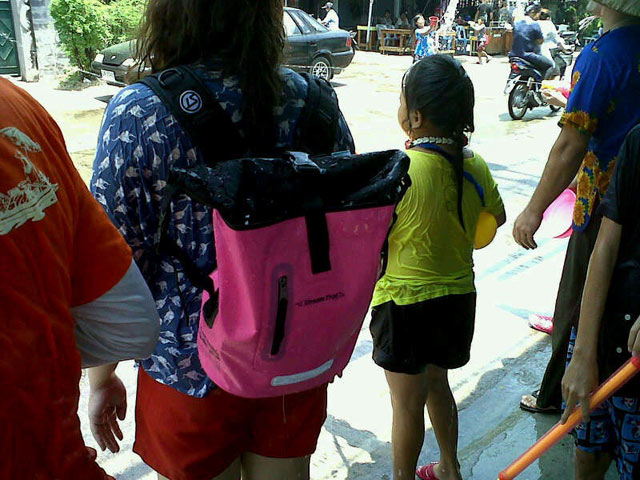 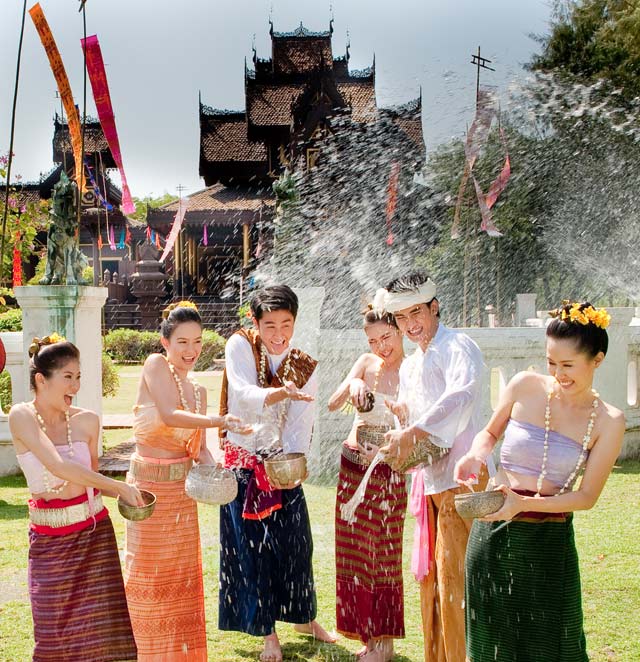 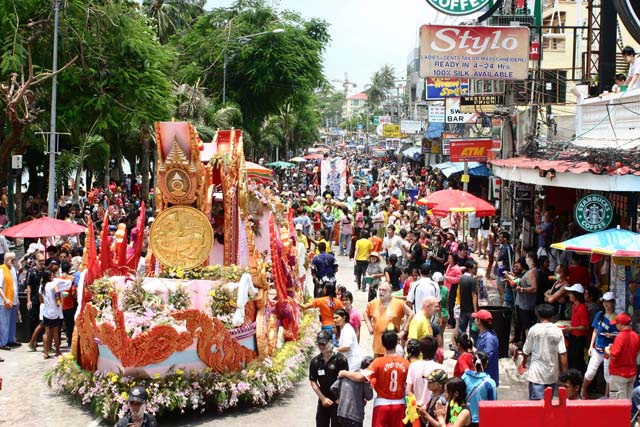 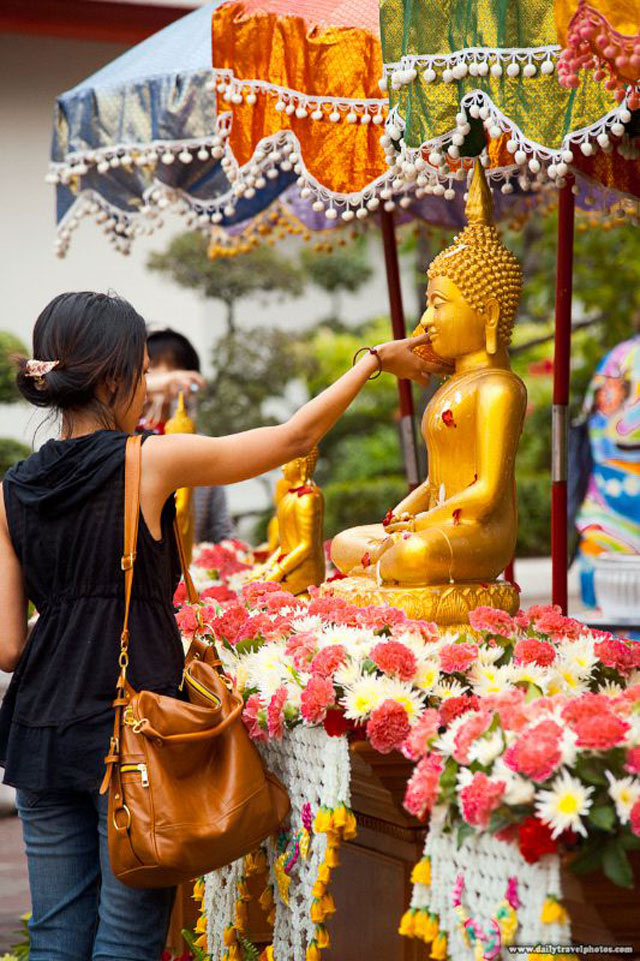 The Songkran Festival is considered to be one of the most important ceremony among Thai people since ancient time (before Sukhothai era – at least 800 years ago).

The Songkran Festival is celebrated as the traditional Thailand New Year’s Day starting from April 13 to 15 nationwide.
“Songkran” is a word derived from the Sanskrit language which means “move into” and refers to the orbit of the Sun moving into Aries.
Originally, the Songkran Festival is believed to have been adapted from an Indian festival and it also coincides with the New Year celebration of many calendars of South and Southeast Asia (Lao, Cambodia, Thingyan – Myanmar, the Dai people of Yunnan, China and Northern Vietnam) with the same characteristic tradition of water-throwing/splashing.
The underlying significance of the Songkran Festival is the process of cleansing and purification – purging of all ills, misfortune and evil and starting the New Year afresh with all good and pure.
Water is symbolic of the cleansing process and signifying purity.
Nowadays, the Songkran Festival is very famous among foreigners and becomes an additional reason for them to visit Thailand to join this well-known traditional & cultural celebration.
The most well-known celebration characteristic of the Songkran Festival is “the throwing or splashing of water” or “the water fight” ceremony ranging from a courteous sprinkle or a polite splash, to harmless water pistols and shower from garden hoses to the well-aimed bucket or water-cannon delivered in a festive spirit. Moreover, in some locations of major cities, people also play powder, foam additional to just water throwing/splashing.
On the practical side, the throwing/splashing of water is a refreshing solution to “beating the heat” in the hottest season of the year.
Not only Thai but also Foreign tourists enjoy splashing water everywhere.

Thai keeps beautiful Songkran tradition as well.
Some go to a wat (Buddhist monastery) to pray and give food to monks – acts of gratitude and indebtedness undertaken in the memory of those who have passed onto another world.
They may also cleanse Buddha images from household shines as well as Buddha images at monasteries by gently pouring water mixed with Thai fragrance (called “Nam-Ob”) and flower petals over them.
It is believed that this will bring good luck and prosperity for the New Year.
In many cities, such as Chiang Mai, the Buddha images from all of the city’s important monasteries are paraded through the streets, so that people can toss water at them (ritually bathing the images) as they pass by.
In rural areas, people may carry sand to their neighborhood monastery in order to recompense the dirt that they have carried away on their feet.
The sand is then sculpted into stupa-shaped piles and decorated with colorful flags.
Additionally, there is also a bathing ritual called ”Rod Nam Dam Hua” that younger Thai people pour water mixed with Nam-Ob and flower petals over respected elders in a gesture of respect and reverence.
The seeking of their blessing or forgiveness for past wrong-doing is also implied from this ritual. Moreover, it is believed that through these acts of merit-making, loved ones, long-departed are endowed with blessing and good fortune.
I have enjoyed “the water fight” Songkran since I was a small child, and I sincerely hope that our tradition related to Buddhism and pays respect to our seniors will be managed to maintain.
Why don’t you visit Thailand during Songkran Festival? Let’s “Make a Splash!”.