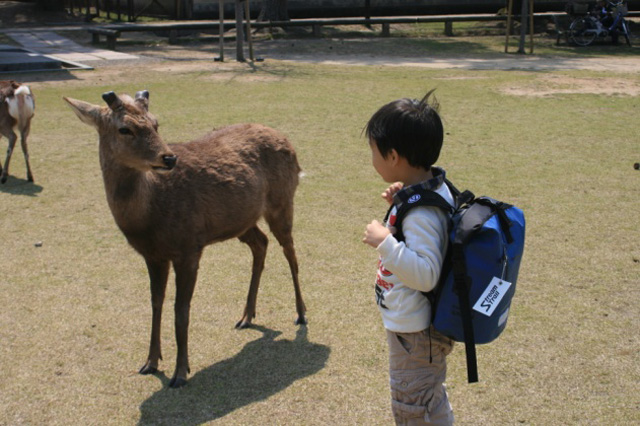 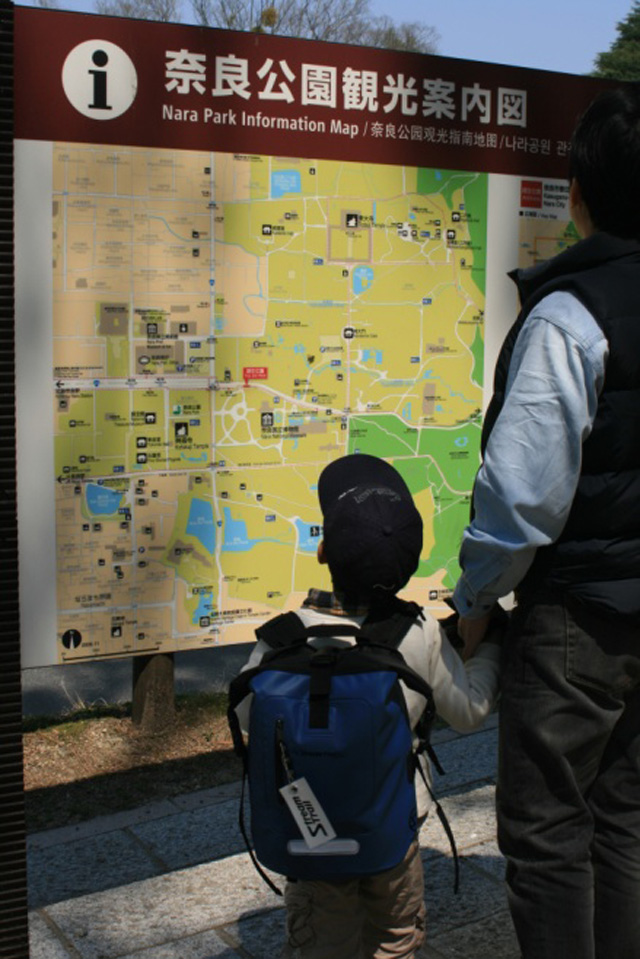 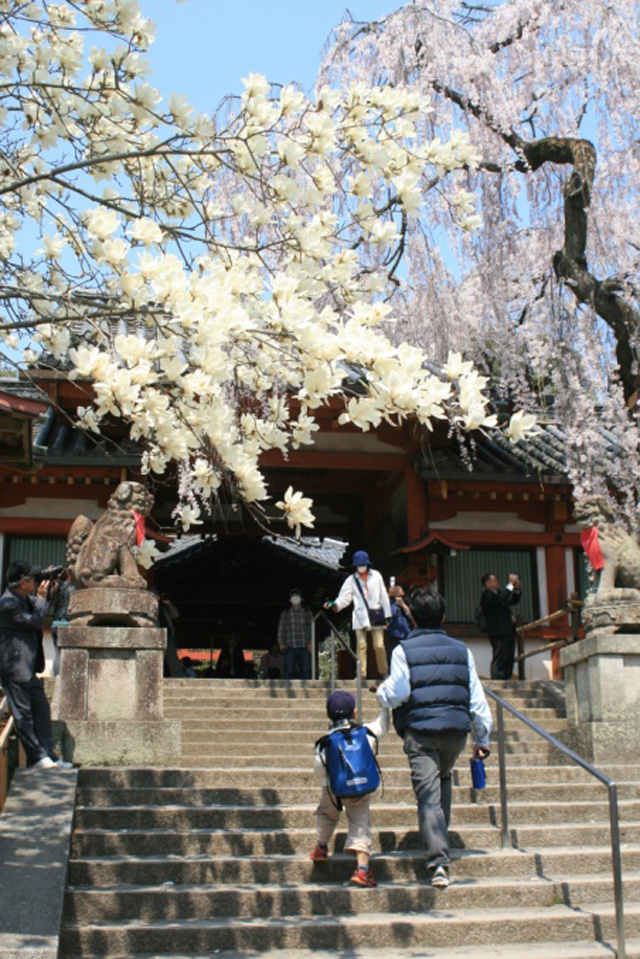 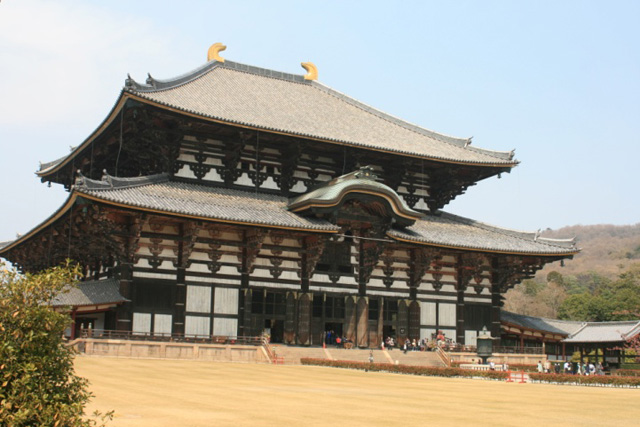 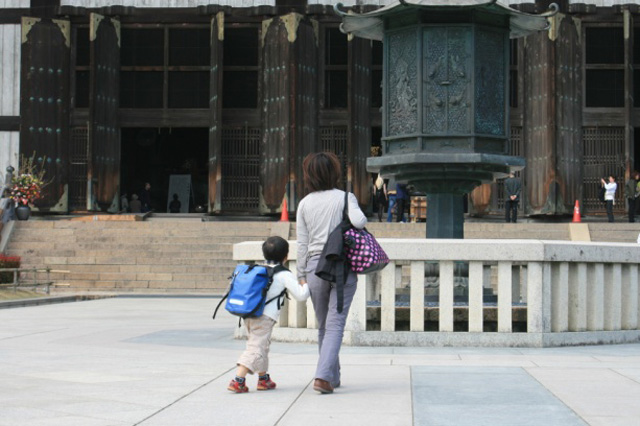 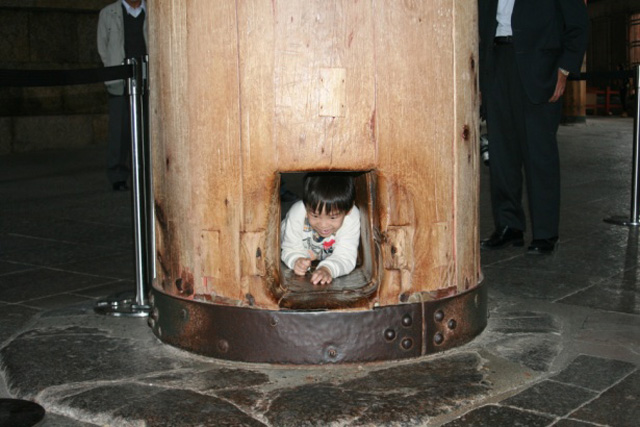 Our son is almost five years old.
He frequently suffers from an allergy which causes his skin to be very itchy.
This April, we had a chance to visit Japan.

We were told that, in Todai-ji Temple (Great Eastern Temple) in Nara, there is a hole in a pillar there which can bring luck and health to persons who make their way through it.
Nara was the ancient capital of Japan before Kyoto.
We decided to go to Nara to seek luck and health for our boy.
We took Kintesu train from Namba station in the center of Osaka.
It costs 540 yen and took around 40 minutes by express train to arrive at Nara station.

From Nara station, we walked eastward to Todai-ji through Nara Park.
It was the beginning of April and there were a lot of cherry (Sakura) blossoms.
There were also a lot of tame deer roaming around. We stopped to feed some of the deer with a 150 yen pack of Sembei (rice cracker) which are sold in street stalls around the park.
It was also good place to feed our son with Onigiri (rice ball) bought from Namba station.
After taking a lunch break and enjoying Hanami (viewing Sakura), we continued the journey to seek luck for the boy.

With less than 20 minute walk, we arrived in Todai-ji, the world’s largest wooden building. It houses Daibutsu (Great Buddha), the world’s largest bronze statue of the Buddha.
The seated Daibutsu weighs more than 500 tonnes.
Behind the Daibutsu, we finally found our destination; “the Lucky hole of Todai-ji”.
The hole is in the base of one of the hall’s pillars.
It is small, but big enough for children to get through.
We told our boy to crawl through the hole.
He did so without hesitation.
He enjoyed the experience and asked to repeat it.
There was no harm and no charge, so we allowed him to crawl through as many times as he liked.
He easily passed through the hole three times.
After seeing that my son was greatly enjoying himself, I decided that I too wanted to pass through the pillar in order to be lucky and healthy.
I kneeled down and started to make my way through the hole, but halfway I encountered an obstacle.
The hole was not big enough to let my tummy to get through.
Seeing my struggle, my boy and other children in the line laughed at me.
I decided to withdraw my journey for luck by crawling back with a bit of embarrassment.
We left Todai-ji and Nara to return back to Osaka later that afternoon after experiencing much enjoyment and fun.
My conclusion of our trip is that our mission was happily completed, bringing triple luck to our son and additionally a half amount of luck for myself.