There is a brave Japanese racer,
Akihiro Asai, who joins the Thailand Super Series alone.
He came to Thailand a few years ago and built his own network and managed to join the race here.

He has competed Thailand Super Series since 2013.
This is a report of his race at Bira Circuit International Pattaya held on July 6-7. 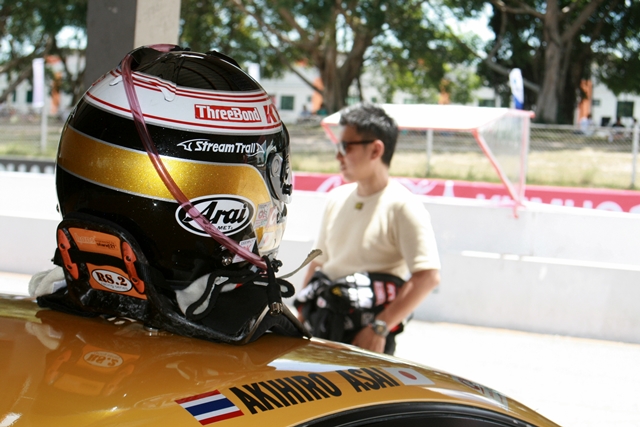 Day 1
The condition of his car, a yellow Ferraris, was the worst of the worst and he never had a single chance to drive it in the practice or the qualifying session before.
Akihiko still smiled to the fans that he was still lucky as he could join the race from the last grid.
He trusted the Thai mechanics and joined the race with the pedal to the metal.
He overtook the other cars and kept the second position until he came back for the checker flag.
Everyone witnessed his great race and expected he would be on the victory stand.
He was not named as a second winner as his car was disqualified.
All the racing cars are regulated to check their weight and his car was found too light to be qualified. 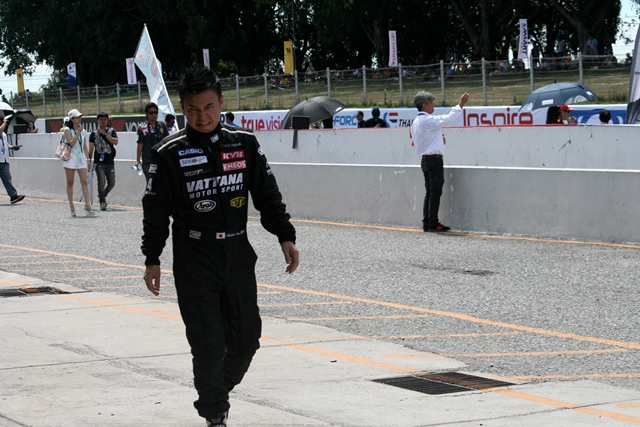 Day 2
Akihiko was still calm and talked with Thai mechanics in good mood even though he had been very disappointed with yesterday’s result.
It seemed the car was well tuned and just needed to wait for the race time.
But the god was not on this side. Exactly 10 minutes before the race,
the mechanics just started to rush to work with his yellow Ferraris,
they said that tiny amount of water leaking from the engine.
Akihiko had no way to understand what was going on and quietly observed beside his car. 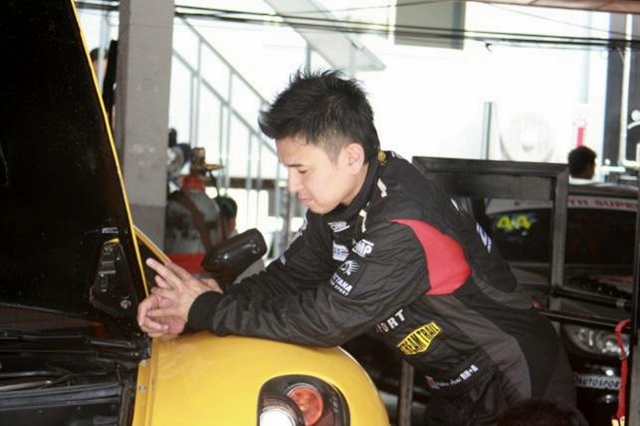 The other racing cars departed for the starting grids with massive engine sounds, while Akihiko’s Ferrari was still at the pit.
Another minute to the race, Akihiko finally left the pit without wearing some of the aerp parts.
He was not allowed to line up at the starting grid and forced to wait until all the cars started the race and joined from the side of the circuit.
His supporters prayed, “Oh god. It’s too much for this little Japanese guy. Give him a kindness!”

Akihiko again showed his spirits to chase up and reached to the second place.
Everyone in the circuit believed that he would win the second prize,
but another nightmare was waiting for him. He was getting so close to the only one car driving in front of him.
A part of the brake was falling down, and Akihiko found that the brake was totally broken.
What he could do from this point is only to manage to control the car and make it stop by itself. His race at Pattaya was end. 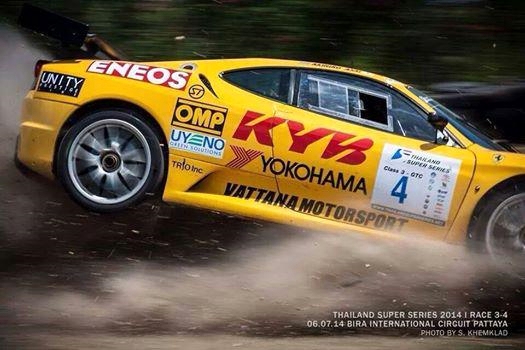 His next race of Thailand Super Series will be held at the Buriram United International Circuit on November 1-2.
Akihiko’s challenge will never end. You may witness this lonely SAMURAI driver’s great success there.